The Paintings of Francis Brabazon

An Exhibition for Francis Brabazon Centennial at Avatar’s Abode, October 2007

This exhibition was curated by Australian painter John Parry specifically for the Francis Brabazon Centennial  Celebrations at the Spring Sahavas at Avatar’s Abode during October 2007 Spring .

The paintings were exhibited in Beloved Meher Baba’s House in the space facing His room at Avatar’s Abode.

Francis Brabazon started out as a young artists’ model and also as a part time attendant at Melbourne National Art Gallery. Soon after his interest in painting and drawing deepened and he enrolled in the Gallery Art School.  During 1938 he befriended a circle of dedicated and supportive fellow students. The newly formed Contemporary Arts Society also became a source of encouragement for Francis’ interest in new forms of artistic expression.  This time for Francis, Ross Keating mentions in his presentation, was “A rite of passage into art and poverty.”

Many of Francis Brabazon’s  friends and fellow students later became well known Australian artists;  among them were Sydney Nolan, Donald Friend and Albert Tucker and in 1941 Francis and they exhibited together in Melbourne, Australia, at the Contemporary Art Society Annual Exhibition.

Francis gradually stopped painting, though, a few years later saying “he would do better to express himself in words and poetry than in paint.” Francis learnt a lot about art and painting in this period of his life, and also due to having time on his hands in New York while waiting for Meher Baba to come there.  Francis  would roam the New York Galleries taking it all in.

During the Centenary weekend, Robert Rouse and Bernard Bruford read some of Francis’ letters and in one letter, he said this of Art: “Art has to be a balance of intellect and heart, it should appeal to the highest intellect and the simplest heart”

The exhibited paintings are all by Francis Brabazon and thanks to John Parry we enjoyed this unique historical moment of having them all shown together for this wonderful weekend Centennial Sahavas for Francis Brabazon’s amazing life and all his artistic expressions of painting, music, plays, essays, books and poetry.

Once when John Parry asked Francis some questions about art Francis supplied knowledgeable answers and with a pause between in and former,  added  “Look, I am not a teacher but an In – Former”. 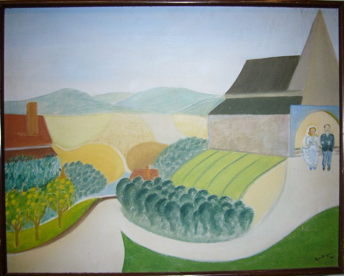 1. “THE WEDDING,” painted for Ossie Hall as a wedding present. 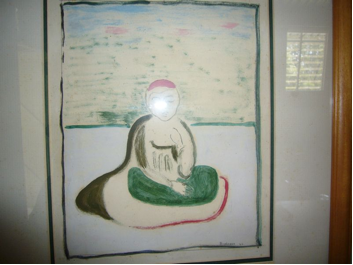 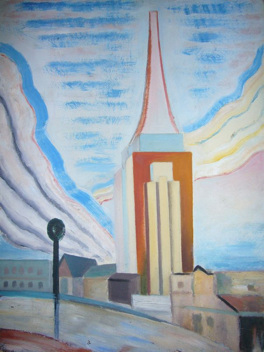 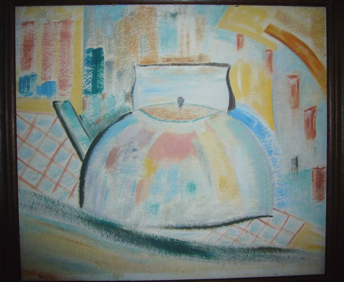 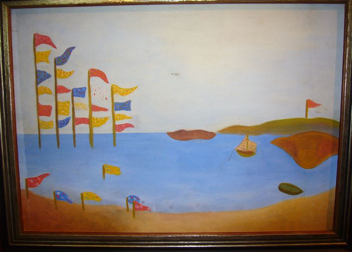 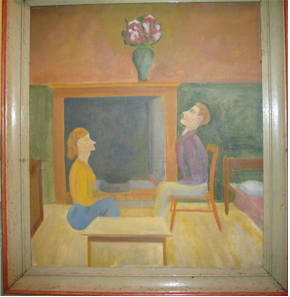 7. “ANNUNCIATION” was owned by Ossie and Betty Hall.

8. “PORTRAIT OF A SELF REALIZED SOUL,” owned by John Parry.

These photographs of Francis Brabazon’s paintings were taken by Raine Eastman-Gannett and are copyrighted by her (© 2007). Please do not reproduce them without her permission and/or express permission from the Avatar’s Abode Trust.