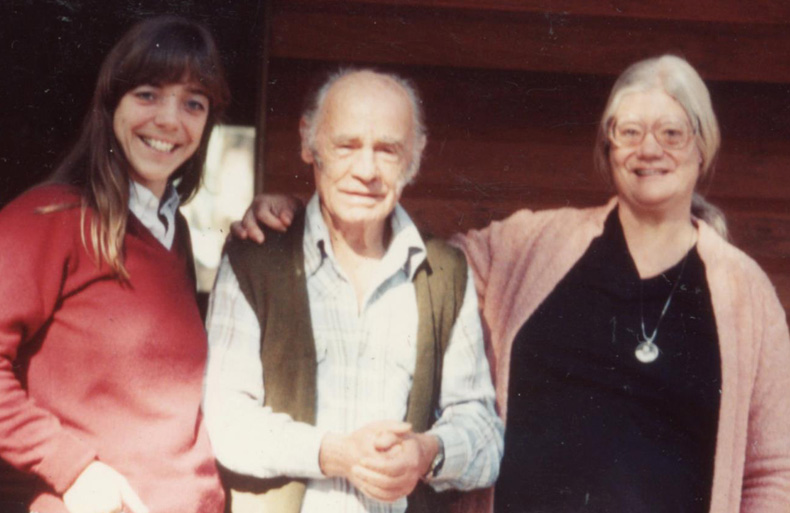 In June 1981, I accompanied Filis Frederick to Australia. Filis was the invited guest at the Avatar’s Abode Anniversary of Meher Baba’s visit in 1958 and I came along as her companion. We stayed at Bill Le Page’s house on the Abode.

I had met Francis Brabazon in India at the Great Darshan in 1969 and was eager to meet him again. At the first chance I went to his cabin on the Abode to visit.

I realized quickly that I wanted to spend as much time with him as possible, so I devised a plan. I went into town and bought a potted azalea plant which I brought to him as a gift. Along with that, I told him, I needed to come daily to water it. Never mind that it was the rainy season and that the poor plant just about drowned.

So every day I went to tend to the plant and sit with Francis. In the beginning, I was nervous and made small talk until on the second day, Francis levelled his very blue eyes at me and said “Do you ever shut up?” I did shut up, and so we sat in silence for some time. Francis was very Zen, he would, after a long silence, say something like “Isn’t it amazing how straight the gum trees are?”

One day he asked for a cup of tea, and knowing how particular the English are about their tea, I told him that I was unsure if I could make tea to his liking. Again, his very blue eyes twinkled and drilled me and his answer was “I would never ask YOU to make my tea!” as he went off to the kitchen to make us a cup!